With Suzuki, going hybrid doesn’t mean you’ll be skimping on performance – quite the opposite. Our hybrid systems are light and compact, and when combined with a lightweight chassis and responsive efficient petrol engine, this means you can expect nimble performance as well as improved efficiency. 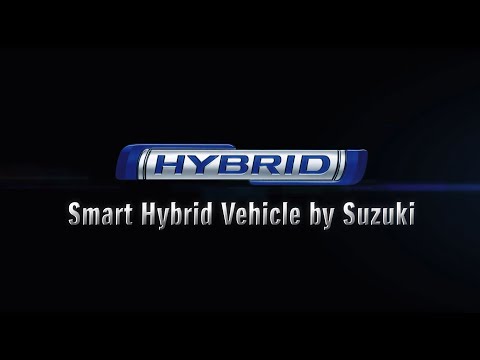 The ISG also generates electricity by recovering energy from deceleration and braking. It detects as soon as you press the brake pedal and recharges both the lithium-ion battery and conventional 12-volt battery.

HOW OUR HYBRID SYSTEM WORKS

The Integrated Starter Generator used in our hybrid system is belt driven, which makes restart quieter and smoother than other stop start systems - without the noise from the starter motor gears.

The only time our hybrid system uses the conventional engine starter motor is when the car’s first started from cold. The rest of the time, it uses the ISG unit to allow smooth and quiet engine restarts that you’ll barely notice.

Once you’re on the move and building up speed, the ISG will assist the engine during the during fuel-consuming acceleration. Then, while you’re cruising, the electricity that was stored during acceleration is used to power some of the electrical components in the car. At the same time, performance is maximised by focusing the power of the engine on driving instead of charging.

As you begin to slow down, the ISG efficiently converts the kinetic energy to electrical energy, charging both batteries – and when you apply the brakes, generation output increases to charge the battery further.

As our hybrid vehicles use an Engine Auto Stop Start system, the engine will automatically stop after you begin to decelerate to make sure fuel is being used as efficiently as possible. As soon as you put your foot on the clutch, the ISG re-starts the engine again with barely a shudder.

Back to Top
Back
Vehicle Valuation
Compare Saved Vehicles
Top
Close
Your Cookie Settings
Select your cookie settings
Strictly Necessary Strictly Necessary cookies are essential to let you move around the website and use its features, such as accessing secure areas, shopping baskets and online billing. These cookies allow our website to provide services at your request.
Performance Performance cookies collect information about how you use our website e.g. which pages you visit most often, and if you experience any error messages. They also allow us to update our website to improve performance and tailor it to your preferences. These cookies do not collect any information that could identify you - all the information collected is anonymous. They will not be used to target adverts to you on other websites.
Functional Functionality cookies are used to remember the choices you make, e.g. your user name, log in details and language preferences. They also remember any customisations you make to the website to give you enhanced, more personal features.
Targeting Targeting cookies collect information about your browsing habits to deliver adverts which are more relevant to you and your interests. They also measure the effectiveness of advertising campaigns.
Save Settings
Cancel Changes

Your settings will take affect when you refresh the page or move to a new page. Find out more about cookies